We all love handbags!!! It is almost impossible for any lady to step out without a handbag or a purse. I am sure I would not be exaggerating if I say it is the most have accessories of the female folks. A beautiful handbag/purse compliments your style and has the ability to define your look. It accommodates all the essential lady stuff like cash, phone, makeup and more all through the day. Let me share with you some interesting facts about handbags and its origin.

Hmm!!! very interesting facts I must say but which of these do you find most interesting? Which of them don’t you agree with? or you have any other facts to add to this?
Feel free to drop your comments. I love you all!!!

All Images from Google

What do you think? Cancel reply 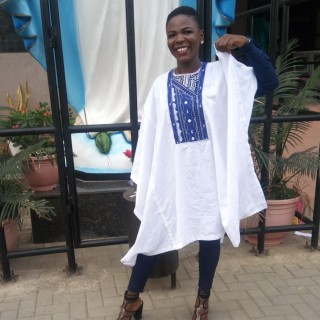 Hello! Welcome to my personal space! I talk about everything that I have always loved and cared about; my faith in Christ, self-development tips, social media marketing tips and every other thing in between. This space is your one stop shop if you are looking towards ditching mediocrity and becoming a better version of yourself.

𝗪𝐡𝐚𝐭 𝐝𝐨 𝐲𝐨𝐮 𝐝𝐨 𝐰𝐡𝐞𝐧 𝐆𝐨𝐝'𝐬 𝐭𝐢𝐦𝐢𝐧𝐠 𝐢𝐬 𝐭𝐚𝐤𝐢𝐧𝐠 𝐭𝐨𝐨 𝐥𝐨𝐧𝐠?⁣
⁣⁣
Refined
How Are you all doing?
What do you miss the most?
Which of these is your favorite Bible Verse? How do you feel really with the increase in confirmed cases?
Am I the only introvert that is tired of staying at home?
Welcome to day 23 (I've been at home before the official lockdown) of the national #lockdown2020 due to #covid19 .
Over wrongs I've done
Follow Oizamsi' Hub on WordPress.com